Melissa Scott-Miller studied at the Slade School of Fine Art.

In 2018 Melissa was elected a member of the Royal British Artists. She also won the People’s choice prize at the Lynn Painter Stainers exhibition and the Dry Red Press Award at the New English Art club annual exhibition. Also she had a large painting, 'view from a tenth floor in Islington' exhibited at the Royal academy summer exhibition.

Over the past 30 years her work has been shown in many group exhibitions, including the Mark Jason Gallery; New English Art Club; Royal Society of Portrait Painters; Hunting/Observer Art Prizes, The Mall Galleries; A T Kearney; B P Portrait Award; The London Group; and on 17 occasions at the Royal Academy Summer Exhibition.

She has had several solo exhibitions in New York, including most recently at the Mark Jason Gallery, which now shows her work on a regular basis.

Melissa was elected a member of the Royal Society of Portrait Painters in 1999. She has won a number of awards, including the Lynn Painter-Stainers Prize (£15,000) in 2008. Also The South Bank Picture Show (2nd Prize); The Lucy Morrison Award, Royal Overseas League; and the Elizabeth Greenshield Foundation Scholarship.

She now teaches at Heatherley's School of Fine Art, London and the Royal Drawing School. 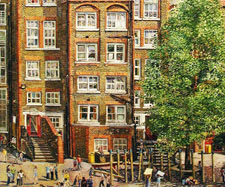 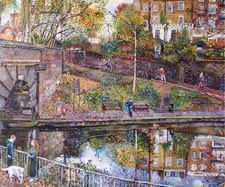 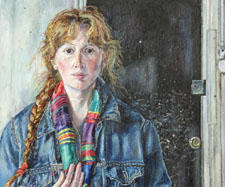